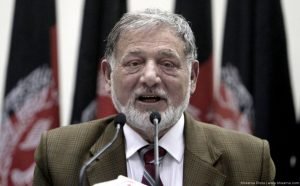 The independent election commission of Afghanistan (IEC) extended the voting time by another one hour due to bad weather conditions and more participation of voters.

Nuristani further added that more contingency ballots will be mobilized in the polling stations which are out of ballots.

He said the voting time will possibly be further extended if the voters could not cast their votes by 5:00 pm.

Nuristani also praised the Afghan national security forces for ensuring better security for the polling stations across the country.

The majority of the polling stations opened at 7 am amid tight security precautions with long lines of voters seen on the streets queued in cool damp weather before the start of the ballot in Kabul.