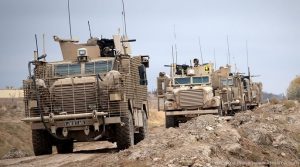 According to local authorities in southern Helmand province of Afghanistan, an Afghan child was killed in coalition security forces fire on Thursday.

Mr. Zwak further added that the child was initially injured and succumbed to injuries after he was taken to hospital for treatment.

The statement further added, “ISAF is committed to ensuring that all possible measures are taken to prevent civilian casualties.”

ISAF in an email statement said, “Coalition officials will work with Afghan officials to determine what happened and why. We extend our deepest sympathies to the family who suffered the loss of a loved one.”