Afghan businessman charged with bribing US soldiers to obtain contracts 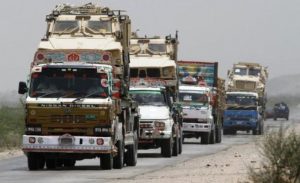 The U.S. government has charged an Afghan businessman with bribing soldiers with bundles of cash to get the US contracts, it has been reported.

This comes over $63 million of the Afghan businessman had been frozen by the U.S. Department of Justice United States in 2013.

Local media reports citing a criminal complaint filed on 23rd December reported that the owner of the trucking company Hikmatullah Shadman was charged with conspiracy and bribery related to payments made to two soldiers in 2009.

According to the complaint, Shadman had paid approximately $140,000 to Robert W. Green, then an Army staff sergeant to obtain the contracts.

The investigators have said the two U.S. soldiers have pleaded guilty for receiving bribe, insisting that the contracts were awarded to Shadman’s company and others despite their prices were higher as compared to their competitors.

Shadman’s case was reportedly uncovered as the law enforcement agencies are investigating corruption in the contracting process in Afghanistan, particularly between 2009 and 2012.