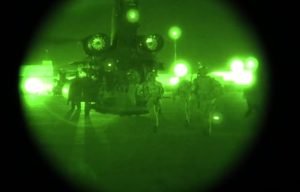 The Afghan and US Special Forces have intensified operations against the ISIS-K in northern Jawzjan province of Afghanistan as latest report indicate the group has lost at least 90 members during the operations since the beginning of the year.

According to a report by NATO Special Operations Component Command-Afghanistan, Afghan Special Security Forces eliminated 22 IS-K fighters attempting to defend IS-K’s strategic center of Darzab district, Jowzjan province on Apr. 11. The operation occurred six days after Qari Hekmatullah, the IS-K emir for northern Afghanistan, and his bodyguard were killed by a U.S. airstrike in Darzab on Apr. 5.

The report further adds that fighters that choose to stay with IS-K face a similar fate as its leaders. Afghan and U.S. special operations coupled with U.S. airstrikes continue to decimate the heart of IS-K in Darzab. Afghan and U.S. forces have killed 90 IS-K fighters this year, a majority were eliminated in Darzab.

“The recent Afghan and U.S. special operations raid will lead to the tactical defeat of IS-K in northern Afghanistan,” stated Gen. John Nicholson, U.S. Forces – Afghanistan commander. “Pockets of former Taliban fighters may claim allegiance to IS-K, but they are isolated and losing. We have them on the defensive. They will not win.”

According to the NATO Special Operations Component Command-Afghanistan, a series of Afghan Special Security Forces (ASSF) and U.S. SOF counterterrorism operations focused on dismantling the terrorists’ leadership leaves IS-K without direction. IS-K in Jowjzan now selects its leaders from a dwindling, revolving door of insurgents with a history of divided loyalties.

The report also states that like Hekmatullah, IS-K’s new leader in northern Afghanistan is Mawlavi Habibul Rahman, a native Uzbek. Also like Hekmatullah, Rahman has had intermittent ties to both the Taliban and Islamic Movement of Uzbekistan.