Afghan Air Force likely to get Blackhawk helicopters from US 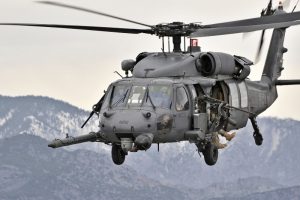 The Afghan Air Force (AAF) is expecting to receive the state-of-the art Blackhawk helicopters manufactured by Sikorsky as US plans to stop buying Russian helicopters.

According to reports, the Department of Defense (DoD) is seeking to end its reliance on Russian-made helicopters to support the Afghan National Defense and Security Forces (ANDSF) and plans to transition to Connecticut-made Black Hawk helicopters.

“This long overdue step—which I repeatedly advocated— will rightly provide the Afghan military with American helicopters from Sikorsky rather than lesser quality Russian products,” Blumenthal said. “It’s good news for Connecticut’s economy and jobs, and equally good for our national security. Millions of American dollars should never have gone to Russia for Mi-17 helicopters instead of Sikorsky Blackhawks—a travesty that will now be stopped.”

“I’ll never understand why the U.S. government sent taxpayer money to Russia for helicopters in Afghanistan while Russia was supporting the Assad regime in Syria and invading eastern Ukraine. When the Pentagon buys helicopters, they should be made in America,” said Murphy. “I’ve been working with Rep. DeLauro since my days in the House, and then with Senator Blumenthal in the Senate, to end this misguided policy. I’m glad to say that after years of fighting, we will be buying Connecticut-made Sikorsky Black Hawks for the Afghan Air Force and ending their reliance on Russian-supplied helicopters.”

“In the face of Russia’s attempts to undermine our foreign policy goals in the Middle East and its continuing aggression in Ukraine, it is time that the United States end its reliance on Russian made helicopters for operations in Afghanistan. With the United States’ leadership role in the region, we must prioritize American manufacturers and our hardworking men and women at home,” said DeLauro. “Today’s announcement is great news for Connecticut’s defense industry and I will continue to work with leadership at the Department of Defense to bring these contracts—and jobs—back home to Sikorsky and Connecticut.”

For more than a decade, the DoD has supplied the ANDSF with Russian-made Mi-17 helicopters, but ongoing sanctions resulting from Russian aggression have beleaguered the program and halted the flow of aircraft, parts, and supplies. The DoD has announced its intention to replace the Mi-17 helicopters with upgraded UH-60A Black Hawk helicopters as part of the supplemental funding to support Overseas Contingency Operations recently submitted to Congress. It includes funding to procure and modernize 53 of a planned 159 UH-60A Black Hawks from the U.S. Army. The Army would divest UH-60As to make room for new UH-60Ms made in Stratford, Connecticut.

Blumenthal, Murphy, and DeLauro have been at the forefront of the effort urging the military to end its reliance on Russian helicopters. Blumenthal sent a letter to the DoD in July urging the Department to develop a plan to field an American alternative to the Mi-17 helicopters. DeLauro has long fought to end the U.S. reliance on Russian-made helicopters in Afghanistan, having first worked with then-Senator Chris Dodd on the issue in 2009. This year, DeLauro reintroduced the Rosoboronexport Embargo Act of 2016, which would prohibit the use of U.S. government funds for entering into new contracts or agreements with the leading Russian helicopter manufacturer. In addition to raising this issue with the U.S. military during a trip to Afghanistan earlier this year, DeLauro has also added language to appropriations bills to stop the practice.