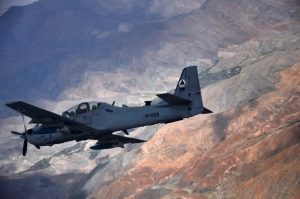 At least 21 militants affiliated with the loyalists of the Islamic State of Iraq and Syria (ISIS) terrorist group were killed in an airstrike conducted by the Afghan Air Force in Zabul province.

The provincial police commandment said late on Sunday that the airstrike was carried out in Dai Chupan Khak Afghan district.

According to the security officials, at least 7 ISIS militants including a commander of the group were also wounded in the airstrike.

The anti-government armed militant groups including the ISIS loyalist have not commented regarding the report so far.

This comes as Chief Executive Abdullah Abdullah said late in December last year that special military operations will kick off soon in southeastern Ghazni and southern Zabul provinces to suppress the loyalists of the Islamic State of Iraq and Syria (ISIS) terrorist group and Taliban insurgents.

The elders of Zabul said the local residents in Khak-e-Afghan and Nawbahar districts have noted movements of the two groups to establish and strengthen their presence.

The Ghazni representatives also said the ISIS loyalists and Taliban insurgents have started to expand their foothold in Nawa district.

The ISIS militants have reportedly arrived with their families and are fully equipped with the area turning into an entry point for the foreign insurgents.