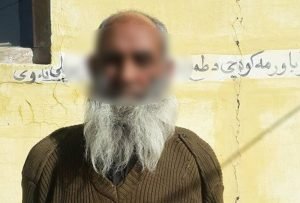 The Afghan National Defense and Security Forces have arrested a suspect who was actively involved in recruiting militants for the ISIS terrorist in eastern Nangarhar province of Afghanistan.

The provincial police commandment officials said Sunday that the suspect was arrested during an operation from the vicinity of Haska Mina district.

The officials further added that the detained individual has been identified as Mohammad Gul and was arrested from Ahmad Khel area of the district.

According to the Nangarhar police officials, the detained individual was also involved in recruiting militants for the terror group in Rodat district.

This comes as operations are underway in some restive parts of Nangarhar province to suppress the ISIS militants as well as insurgent belonging to the militant groups.