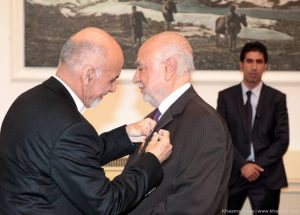 Acting Chief Justice and head of the Supreme Court of Afghanistan Abdul Salam Azimi has resigned from his position.

The Presidential Palace media office following a statement said President Ashraf Ghani Ahmadzai accepted the resignation of Mr. Azimi and thanked him for his services in justice sector of the country.

President Ghani also hailed Mr. Azimi for his active role in maintaining and implementation of justice and law in the country.

According to the Presidential Palace media office, Mr. Azimi had forwarded his resignation to President Ghani during the recent days.