Abdullah oppose with the appoint of 4 new provincial governors 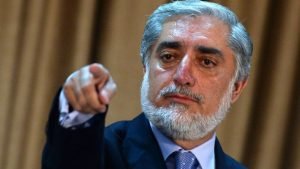 Asif Ashna, a spokesman for the office of the Chief Executive Officer, said CEO Abdullah and President Ghani have agreed with the appointment of Salim Kunduz as Nangarhar governor, Halim Fedayi as Logar governor, Nasratullah Arsala as Paktia governor and Wahidullah Kalimzai as Kunar governor.

He said the two leaders are still at odds for the appointment of new governors for Bamyan, Helmand, Paktika and Nimroz provinces.

According to Ashna differences between the two leaders for the appointment of some of the new governors is at high level and negotiations are in progress to resolve the differences.

This comes as the Independent Directorate of the Local Governance (IDLG) said eight new provincial governors have been appointed and will assume charge in the near future.

According to IDLG Tahir Zahir as been appointed as Bamyan governor, Aminullah Shariq as Paktika governor, Mirza Khan Rahimi as Helmand governor and Mohammad Sami as Nimroz governor.