Abdullah discuss terrorists’ sanctuaries in the neighborhood in NATO summit 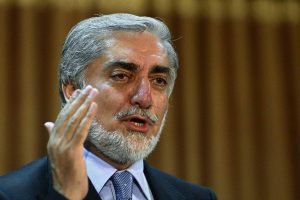 The Chief Executive Officer (CEO) Abdullah Abdullah talked about the terrorists’ sanctuaries in the neighborhood during his speech at the NATO Warsaw summit in Poland.

CEO Abdullah was apparently pointing towards the safe havens used by the Taliban group and Haqqani terrorist network leadership councils in Pakistan.

“Looking back at recent history, some of us failed to grasp, the strategy that enabled the reemergence of militant cells
that enjoyed sanctuaries and staging grounds in our neighborhood. But that strategy, in the face of Afghan resolve and
international steadfastness, has failed and I am certain, it will never succeed,” Abdullah said.

Hailing the North Atlantic Treaty Organization’s contribution and commitment to Afghanistan, CEO Abdullah, said “During the past decade, thanks in large part to all of your nations’ generous contributions that made Afghanistan an example of international cooperation, and the role played by thousands of young military men and women personnel from more than 60 countries, the Afghan National Security and Defense Forces grew in numbers, and more importantly, in terms of capacities, heralding the end of the international combat engagement in 2014, and the start of a new era of cooperation and assistance under the Resolute Support mission.”

Abdullah further added “I can say with confidence that the Afghan nation benefited greatly from the NATO engagement, not only in the security sector, but also with the concurrent civilian deployments to bridge the gap between reconstruction and security in many parts of Afghanistan.”

He said Afghanistan is on the frontlines against various types of threats, including Taliban, Da’ish and Al-Qa’ida, and
our partnership matters to our people as well as yours.

The remarks by Abdullah comes as the Afghan officials have long been criticizing Pakistan for allowing the Afghan
militant groups to use its soil to plan and coordinate attacks in Afghanistan.

The Afghan officials are saying that the Taliban group and Haqqani network leadership councils are based in Quetta and Peshawar cities of Pakistan from where they stage attacks against the Afghan forces and civilians in the country.