A True Son of Afghanistan 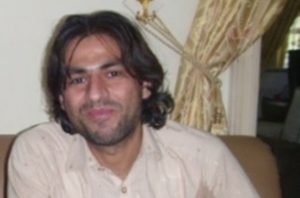 Yesterday the world became a darker place as Afghanistan buries yet another son. Some would say an all-too-common occurrence in the land where peace and prosperity disappeared over thirty years ago. In Afghanistan, all its greatest heroes have passed beyond the veil. When one understands who Hedayatullah Zaheer was, it becomes obvious he would bear the same fate. He becomes the latest hero to water the hot, dusty ground with his blood- something much more common than water.

For those of us who knew ‘Zee’, the world is indeed a darker place. He would call himself an activist; but he was so much more. So much more that no mere article can do him justice. His accomplishments cannot be easily listed. The ripples of his efforts may never be fully known. If you had walked the streets of Jalalabad, or sat at a Jirga anywhere throughout the east, or found a solar-powered computer lab in a remote part of the country then you would begin to understand the width and breadth of his efforts. He was tireless. Resilient. A force of nature.

Zee lived more in his brief thirty-one years than anyone else in a hundred. He was the head of his family and a tribal elder. He ran a radio station. A community organizer. An activist. He was all things to all people. He was exactly what you needed him to be. When an obscure presidential candidate Ghani was about to be assassinated, Zee was there. When the female police of Nangarhar needed literacy training, he made it happen. When women needed a voice, Zee created and hosted National Women’s Day. When a clinic needed authority to let NATO treat civilians, Zee made that happen. When presidential elections were imperiled, it was Zee who organized accountability and transparency at over 500 voting stations. He worked closely with Rula Ghani to further women’s rights. He built desks for students. He fed orphans.

Zee battled corruption and incompetence. He furthered the cause of gender equality and education. He advised presidents, governors, parliament members, ministers, tribal leaders, NATO commanders and social scientists. He traveled to India and spoke at the Women’s Economic Forum and to Washington DC for a variety of humanitarian reasons, even though he feared flying. Fear had no place in his heart when it came to matters of Afghanistan.  As I said… no article would be long enough.

Like any who truly knew Zee, his passing is devastating. It forces us to contemplate the unthinkable… an Afghanistan without Zee. He was a beacon of hope for the people of Afghanistan. The women struggling for a voice; the children in need of education; the international community in need of knowledge; the Afghan government in need of advice. For us in the West we looked upon him as someone who knew the people and could translate the culture into a language we could understand. He taught us who the people of Afghanistan were and that allowed us to love them as if they were distant cousins and not unfathomable strangers.

I am already in the minority. I believed that Afghanistan, if it could withstand, would eventually overcome. If people like Zee could just be given the time to work their magic and enlighten the culture, curb the corruption, and strengthen the resolve of the people. People like Zee could bring everyone together in a way like never before. I shared Zee’s vision of a peaceful Afghanistan where an oppressed people would someday rise from the ashes of war, throw off their manacles and take their rightful place in the world. That future faded as quickly as the life left his body,

There are already so few stars left in the Afghan night sky. It simply could not afford to lose this one. But no one knows the future. Perhaps Zee’s death will have some meaning. Maybe we will rally around him in death stronger than we did in life. Maybe the people will rise up and, with one voice, shout their anger loud enough to be heard from the smallest village to the marbled halls of Kabul with reverberations in Washington, Karachi, and New Delhi. Maybe the cry will be so strong people will come together and march to the border, sweeping the enemies of Afghanistan away and driving evil back into the shadows. As I say, no one knows the future… but Zee would have gladly laid down his life to bring such things about.

What I do know is Zee was my friend. My brother. My Afghan son. He once told me, “Doctor Sam, Afghans have a saying: ‘you cannot wash away blood with blood’”. He knew the enemies of Afghanistan better than most and he cherished the protectors. But he also knew the way through the darkness lie down political and cultural roads. Zee knew how to win hearts and minds. His words and actions lifted everyone up. And they have replaced my anger with the deepest sadness. He was tireless. Relentless. Honorable. He was everything we aspire to be.  Hedayatullah Zaheer was, is, and always shall be a true son of Afghanistan.

One thought on “A True Son of Afghanistan”