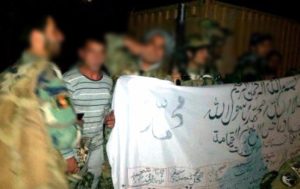 At least nine hostages were released from a prison run by the Taliban militants in the restive Helmand province in southern Afghanistan.

The Ministry of Defense (MoD) said the prisoners were released during an operation led by the Afghan army and in coordination with the other security institutions including the Afghan Air Force.

A statement by MoD said the command and control center of the Taliban militants was also destroyed during an airstrike carried out by the Afghan Air Force.

The statement further added that the raid was conducted in Nahr-e-Saraj district and at least 6 militants were also killed.

This comes as the Afghan commandos released at least 23 militants during a similar raid in this province nearly a month ago.

The operation was conducted in Marjah district of Helmand to destroy a prison run by the Taliban militants and release the hostages.