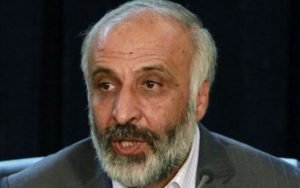 Stanikzai informed regarding the arrest of the suspects as he was briefing the media regarding the recent attacks in the city, specifically yesterday’s deadly car bombing.

He said five people have been arrested in connection to the Intercontinental Hotel attack while four others have been held over yesterday’s car bombing.

According to Stanikzai, one of the suspects involved in the attack in Intercontinental has managed to flee the country.

The Afghan minister of interior Wais Ahmad Barmak says the death toll from yesterday’s suicide attack has climbed to at least 103 people.

Barmak disclosed the latest death toll as he was speaking during a press conference in Kabul today.

He said at least 235 others have also sustained injures and the Afghan police forces have sustained heavy casualties in the attack.

The minister of interior did not disclose exact information regarding the number of the police personnel who have lost their lives in the attack.

The Taliban militants group claimed responsibility behind yesterday’s attack with the group’s spokesman Zabiullah Mujahid claiming that the victims are all personnel of the security institutions.