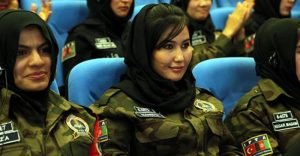 A group of at least 89 female cadets of the Afghan National Police (ANP) forces have started training “Training of Trainers” and “Special Operations Education” in Turkey, it has been reported.

The training of the female ANP cadets kicked off on Monday and will continue for a period of at least two months.

Turkish Deputy Interior Minister Sebahattin Öztürk in his remarks during the opening ceremony of the program said a total of 2,627 Afghan policemen and women have joined the training program in Turkey since the two countries signed a cooperation agreement in 2011.

The training program is held at the Police Professional High School in the central Anatolian province of Sivas, according to the local newspaper, Hurriyet Daily.

Öztürk further added that Turkish police officers were assisting their Afghan counterparts in all fields, especially in training programs.

“Even though geographically Turkey and Afghanistan are distant to each other, historically, culturally and politically they are close,” said Öztürk, adding that the relationship between the two countries was developing in all areas.

“In this context, there is an intense cooperation between our General Directorate of Police and the Afghan National Police, as the Turkish police is providing all the support it can offer to the Afghan police in all areas needed,” said Öztürk.

The students take part in classes on the “Training of Trainers” and “Special Operations Education.”