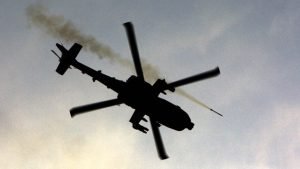 At least eight Taliban insurgents were killed in a series of airstrikes carried out on the Taliban hideouts in southern Uruzgan province of Afghanistan.

According to the local officials, the airstrikes were carried in the vicinity of Tarinkot city, the provincial capital of Uruzgan during the ongoing counter-terrorism operations.

Uruzgan police chief Abdul Qari Omari confirmed that eight Taliban insurgents were killed in the airstrikes and five others were wounded.

He said the airstrikes were carried out by the Afghan Air Force and with the help of A-29 Super Tucano light attack aircrafts have proven helpful in providing close-air support during the ongoing operation.

Uruzgan is among the restive provinces in southern parts of the country where the Taliban insurgents and militants belonging to the other insurgent groups are actively operating in its various districts and often carry out insurgency activities, including coordinated attacks.