8 Afghan army soldiers martyred in the past 24 hours: MoD 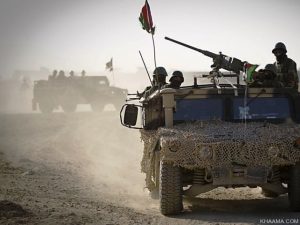 At least seven Afghan National Army (ANA) soldiers were martyred in the latest wave of violence across the country.

The Ministry of Defense (MoD) said the Afghan army soldiers were martyred in the past 24 hours but the exact locations of the incident were not been disclosed.

A statement by the Ministry of Defense (MoD) confirmed that the Afghan soldiers were martyred due to Improvised Explosive Device (IED) explosion.

The Taliban-led insurgency have been rampant since the group launched it’s summer offensive earlier this year.