73 Taliban insurgents killed in Afghan, US forces airstrikes in Nuristan 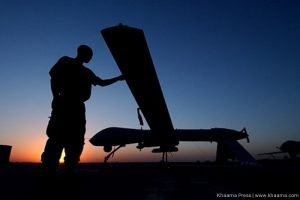 At least 73 Taliban insurgents were killed in the airstrikes conducted by the Afghan Air Force and US forces in Afghanistan in eastern Nuristan province of Afghanistan.

The Ministry of Defense (MoD) said the militants were targeted after launching a coordinated attack on security posts in Kamdish district.

MoD further added that the Taliban insurgents launched the attacks from different angles but the offensive was repulsed shortly after the Afghan forces responded to the attack.

At least 26 Taliban insurgents were also wounded during the gun battle and airstrikes, MoD said, adding that a Dshk heay machine gun of the Taliban was also destroyed.

According to MoD, a number of the senior commanders of the group were also killed along with scores of foreign fighters and the security situation in Kamdish is currently under the control.

Nuristan is among the relatively volatile provinces in eastern Afghanistan where anti-government armed militants are actively operating in a number of its remote districts and often carry out insurgency activities.