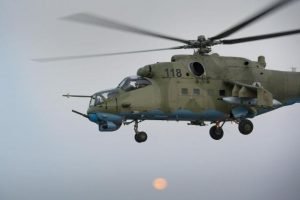 At least 7 top commanders of the Taliban group were killed in an airstrike in southern Helmand province of Afghanistan, the Ministry of Defense (MoD) said Tuesday.

MoD further added that the airstrike was carried out in Garamser district, leaving 7 Taliban commanders dead and 7 fighters of the group wounded.

According to MoD, Mullah Mujahid, Mullah Agha Mohammad also famous as Mullah Mashar, the former shadow district chief of the group, Mawlavi Mustafa and Mawlavi Hedayat were among those killed.

A huge weapons cache belonging to the Taliban group was discovered and destroyed in this province last month as the group was looking to use the weapons for executing attacks against the Afghan forces.