7 ISIS militants killed in latest airstrikes in East of Afghanistan 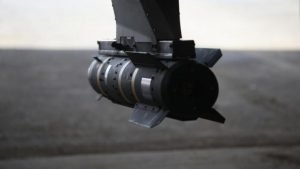 At least seven militants affiliated with the Islamic State of Iraq and Syria (ISIS) terrorist group’s offshoot, ISIS Khorasan, were killed in the latest airstrikes in eastern Nangarhar province of Afghanistan.

According to the local officials, the airstrikes were carried out in the past 24 hours in the vicinity of Achin district.

The provincial police commandment in a statement said the fighter planes targeted the ISIS hideouts in three different parts of the district on Sunday, leaving at least seven militants dead.

The statement further added that the militants were targeted in Abdul Khel, Sara Ghondi, and Malkand areas.

The provincial police commandment also added that the airstrikes did not incur casualties to the local residents and security personnel.

This comes as the local officials said Sunday that the US forces based in Afghanistan carried out a series of airstrikes on ISIS hideouts in eastern Nangarhar province of Afghanistan, leaving several militants dead.

The provincial government media office in a statement said the airstrikes were carried out on ISIS hideouts in the restive Achin district.

The statement further added that the foreign forces targeted the ISIS hideouts in Mamand, Sapari, Chenar, Nargis and some other areas, leaving at least fifteen militants dead.