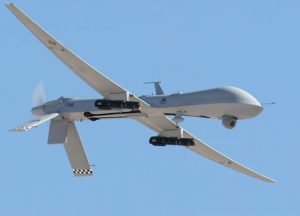 At least seven militants affiliated with the Islamic State of Iraq and Syria (ISIS) terrorist group were killed in an airstrike in eastern Nangarhar province of Afghanistan on Saturday.

The provincial police commandment said the militants were targeted in an airstrike carried out by the foreign forces using unmanned aerial vehicle in the vicinity of Chaparhar district.

The source further added that the foreign forces engaged the ISIS militants in Spari area of Chaparhar.

The local residents and security forces on the ground did not suffer any casualties in the airstrike.

The ISIS loyalists operating under the name of ISIS Khurasan have not commented regarding the report so far.