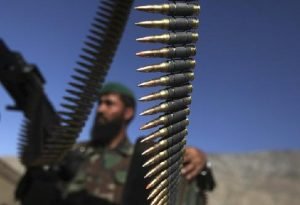 At least 7 Afghan national army soldiers were killed and 4 others were injured following militants attack in eastern and south-eastern regions of the country.

In the meantime Afghan Interior Ministry following a statement announced at least 3 Taliban militants were killed and another militant was injured following military operations at Faryab, Kandahar, Helmand, Uruzgan, Ghazni and Farah provinces of Afghanistan.