7 Afghan soldiers, 4 police killed in latest violence across the country 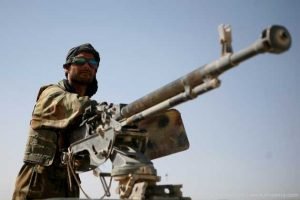 The ministry of defense of Afghanistan on Sunday announced, at least seven Afghan national army soldiers were killed following roadside bomb explosions across the country.

According to a statement released by the ministry of defense media office, the soldiers were killed during the past 24 hours in eastern and southern provinces of Afghanistan.

According to local government officials, at least two police officers were killed and three others were injured after their vehicle struck with a roadside bomb in Jaghato district on Sunday morning.

In a separate incident on Saturday evening, at least two police officers along with three militants killed in Zankhan district.