67 militants killed during counter-terrorism operation in past 24 hours: MoD 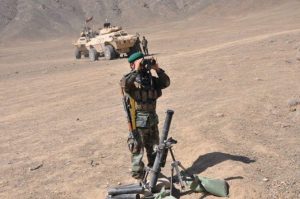 At least sixty seven militants were killed during the counter-terrorism operations in various provincesof the country in the past 24 hours, the Ministry of Defense (MoD) said Tuesday.

A senior commander of the group was also among those during the operations in Helmand, MoD said, adding that 60 Improvised Explosive Devices (IEDs) were also destroyed.

According to MoD, the senior Taliban leader wounded during the Helmand operations has been identified as Mullah Shahwali.

The Ministry of Defense also added that 9 insurgents were killed and 11 others were wounded during a separate operation conducted in Khakriz district of Kandahar.