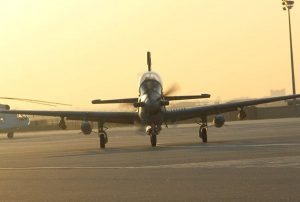 At least eight Taliban insurgents were killed or wounded during the airstrikes in northern Faryab province of Afghanistan.

The 209th Shaheen Corps of the Afghan army said the latest airstrikes were carried out on Taliban hideouts in Pashtun Kot district.

According to the Shaheen Corps, at least five Taliban insurgents were killed and three others were wounded during the raids.

The Shaheen Corps said last week that Afghan Air Force (AAF) has intensified airstrikes in northern Faryab province of Afghanistan in response to the growing threats of the terror groups who are attempting to expand insurgency in northern parts of the country.

Faryab is among the relatively volatile provinces in northern parts of the country where the anti-government armed militants are actively operating in a number of its districts.

Several militants including key members and commanders of the anti-government armed militants were killed in similar operations in this province earlier last month.