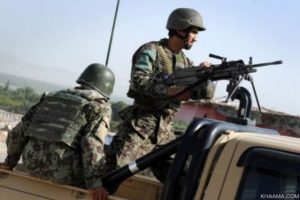 A statement issued this morning by the ministry’s spokesman General Zahir Azimi would not provide further details but only states that the incident took place in past 48 hours.

The statement further states that 35 insurgents were also killed in military operations conducted in this period of time in nine  provinces.

According to the statement a large quantity of weapons and ammunition was also seized by the forces as well as 72 landmines were discovered.

Taliban insurgents rely more on landmines which beside the security forces cause heavy casualties to the civilians.

United Nations have expressed concern over the increase in civilian casualties caused by the landmines or improvised explosive devises beside the ground engagements in Afghanistan.