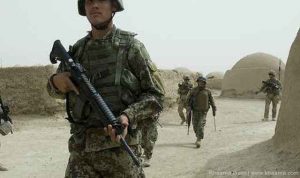 Gen. Azimi did not disclose further information regarding the exact locations where the attacks took place.

In the meantime, he said at least 25 militants were killed and 17 others were injured during military operations by Aghan army soldiers in the past 48 hours.