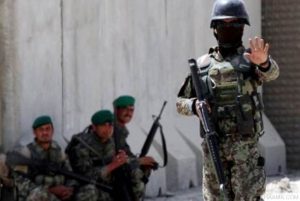 He said the incident took place in the past 24 hours but did not disclose the exact location where the Afghan soldiers were martyred.

In the meantime, Azimi said at least 25 militants were killed and 32 others were injured during the operations led by Afghan National Army (ANA) forces.

According to Gen. Azimi, the operations were conducted in 5 different provinces where different types of weapons, ammunition and explosives were also confiscated.