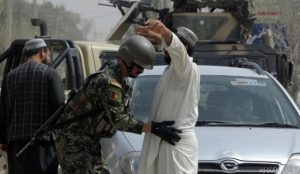 Gen. Zahir Azimi, spokesman for the Ministry of Defense (MoD), said the Afghan soldiers were martyred in the past 24 hours.

He did not disclose further information regarding the exact location of the incident.

Taliban militants and insurgents from the other militant groups frequently use improvised explosive device (IED) as the weaopn of their choice to target the security forces.

Roadside bombs are also one of the major contributors to civilian casualties in Afghanistan.