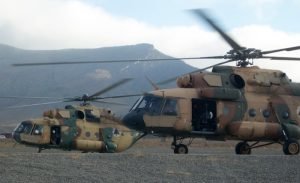 At least 41 militants were killed in the latest counter-terrorism operations conducted by the Afghan National Security Forces, the Ministry of Defense (MoD) said.

The operations were conducted in the past 24 hours in Ghazni, Herat, and Nangarhar provinces.

The statement further added that 1 militant was killed and 3 others were wounded during a separate operation in Chesht-e-Sharif district of Herat province.

At least 21 militants operating under the name of Islamic State of Iraq and Syria (ISIS) terrorist group were killed in separate operations in eastern Nangarhar province, MoD said, adding that 11 militants were also wounded in the same raids.

According to MoD, a commander of the terror group identified as Saadat Khan was also among those killed in the airstrikes conducted in Achin district.