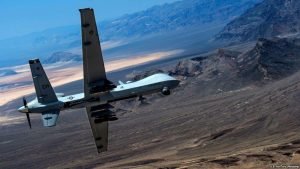 At least four militants affiliated with the Islamic State of Iraq and Syria Khurasan (ISIS-K) were killed and two of the training of the terror group were destroyed in U.S. drone strikes in Nangarhar province.

The provincial government media office in a statement said the drone strikes were conducted in Khogyani district of Nangarhar, targeting the training compounds of the group in Machine Dara area of the district.

The statement further added that the drone strikes did not inflict casualties to the local residents.

The anti-government armed militant and terrorist groups including ISIS-K loyalists have not commented regarding the report so far.