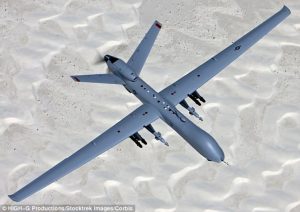 At least thirty eight militants affiliated with the Islamic State of Iraq and Syria Khurasan (ISIS-K) were killed in separate drone strikes in two districts of Nangarhar province.

The 201st Silab Corps of the Afghan Military in the East in a statement said the airstrikes were carried out in Abdul Khel, Ghiaban, Jurnao, Chinar area of Bandar, leaving at least 16 ISIS-K militants dea.

The U.S. forces also carried out similar airstrikes in Wazir Tangi area of Khogyani district, leaving at least 12 militants dead and 10 others wounded.

The anti-government armed militant groups incuding ISIS loyalists have not commented regarding the report so far.