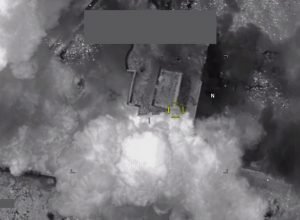 At least thirty six militants were killed wounded during the airstrikes and ground operations in southeastern Ghazni province of Afghanistan.

The 203rd Thunder Corps of the Afghan Military in the Southeast in a statement said a clash took place between the armed forces and the militants during the ongoing Nejat operations in Loya and Kochnai Arzoo areas of the province, leaving at least seven militants dead.

The statement further added that the Afghan Air Force also carried out airstrikes in Khado khel adn Mehri areas of Andar district and Maincha area of Qarabagh district, leaving at least 18 militants dead and 8 others wounded.

According to 203rd Thunder Corps, a hatchback type vehicle, a 4×4 vehicle, two motorcycles, 5 Ak-47 rifles, a rocket launcher, and two Humvee armored personnel carriers were also destroyed during the airstrikes.