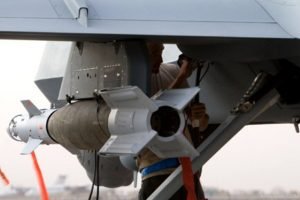 At least 34 loyalists of the Islamic State of Iraq and Syria (ISIS) terrorist group were killed in separate airstrikes in eastern Nangarhar province of Afghanistan.

According to the security authorities, the airstrikes were conducted in different parts of the province, including Nazian and Haska Mina districts.

The officials further added that the loyalists of the terror group were targeted in the airstrikes on Saturday night.

At least 31 of the militants were killed in Haroon Baba area of Haska Mina district, the officials, said adding that 3 others were killed in a separate airstrike in Nazian district.

This comes as at least 9 loyalists of the terror group were killed in a similar airstrike in Achin district on Friday.

Nangarhar is among the relatively volatile provinces in eastern Afghanistan where both the Taliban insurgents and militants loyal to ISIS terrorist group are actively operating.