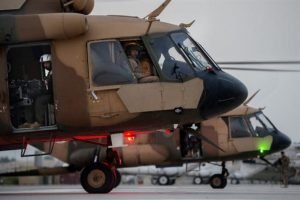 At least 33 Taliban insurgents were killed in the latest counterterrorism operations conducted by the Afghan National Defense and Security Forces (ANDSF) in the past 24 hours.

The Ministry of Defense (MoD) said the operations were conducted with the support of the Afghan Air Force and artillery units of the Afghan army.

A statement by MoD said at least 10 of the militants were killed in Dehrawood district of Uruzgan province and 7 others were killed while 4 more were wounded in Dawlatyar district of Ghor province.

The statement further added that 10 more militants including two commanders of the group were killed in a separate raid conducted in Nad-e-Ali district of Helmand province.

At least 6 militants were killed during an operation in Syedabad district of Wardak province and 3 others were wounded, MoD said, adding that a suspected militant was arrested and 30 sacks of explosives were confiscated in Logar province.

Accoding to MoD, at least 5 soldiers of the Afghan National Army (ANA) forces also lost their lives during the same operations.