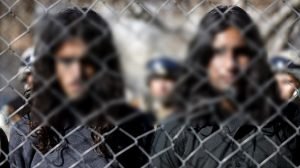 Three key commanders of the Taliban group have been arrested during an operation in northern Samangan province of Afghanistan.

According to a statement by MoI “As a result of this joint operation, three armed Taliban key commanders were arrested named Khairullah, Abdul Haq and Bakhtiyar.”

The statement further added that the commanders were involved in many terrorist activities in this district and other areas of Samangan province.

MoI said the arrest of the Taliban commanders will have a positive impact over the security situation in Dara-e-Sof district.

“After eliminating this group the security situation in this district is expected to improve,” MoI added

Taliban insurgents and militants belonging to the other insurgent groups are active in a number of the remote districts of Samangan province.