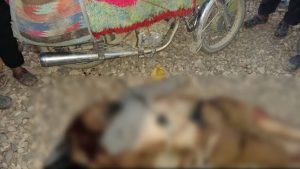 At least 16 militants fighting for the Islamic State of Iraq and Syria (ISIS) terrorist group were killed in an airstrike in eastern Nangarhar province.

Local officials said the airstrike was carried out by the foreign forces in Achin district where the loyalists of the terror group are actively operating.

The provincial government media office in a statement said at least three commanders of the terror group were among those killed.

The statement further added that some weapons and ammunition belonging to the loyalists of the terror group were also destroyed.

This comes as at least 12 loyalists of the terror group were killed in a similar raid in Kot district of Nangarhar last week.