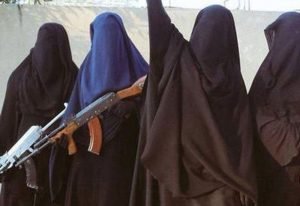 At least seven Chechen militants including three women were killed during an operation in central Logar province of Afghanistan.

According to the local security officials, the women were killed during an operation that triggered gun battle in Kharwar district.

Provincial governor’s spokesman Salim Saleh said three commanders of the militants were also killed along with 7 militants from Chechnya.

He said the operations were conducted as part of Zarghoon operations to suppress the militants activities and clear the areas under their control in Logar.

Logar is among the relatively volatile provinces in central Afghanistan where anti-government armed militants are actively operating in a number of its districts.

At least five Russian speaking suspects were arrested in eastern Nangarhar province of Afghanistan last month which followed months after four people were killed following a suicide attack carried out by a foreigner woman in this province.

Markus Potzel, Deputy Special Representative of the Secretary-General for Afghanistan, briefs the Security...