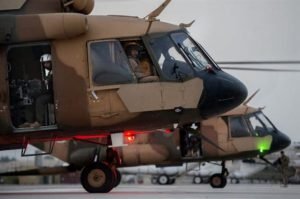 At last three members of the Al-Qaeda terrorist network were killed in airstrikes in southern Zabul province of Afghanistan.

The Ministry of Defense (MoD) said the militants were killed during the airstrike conducted in Audaki village located in Tarang district.

No further details were given regarding the airstrikes and it is yet not clear if the airstrikes were conducted by the US forces based in Afghanistan or the Afghan Air Force.

The US forces in Afghanistan have stepped up counter terrorism operations against the terrorist groups during the recent months.

The increased operations by US forces followed after a broader role was granted to them earlier last year.

The latest airstrikes against the Al-Qaeda network members came as at least 31 militants including 18 suicide bombers were killed during the clearance operations in this province earlier this month.

Zabul is among the relatively volatile provinces in southern Afghanistan where the Taliban insurgents and other militants including ISIS loyalists are actively operating.

The local residents and tribal elders recently earlier with the government officials in Kabul to convey their concerns regarding the growing activities of the terror group in some restive districts of Zabul.

According to the tribal elders, the ISIS loyalists, comprising mostly foreign insurgents have started operations in Khak Afghan and other districts as the majority of them have shifted to the province with their families.