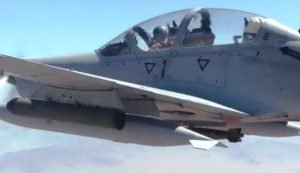 At least 29 militants were killed in separate airstrikes in northern Baghlan and southern Kandahar province of Afghanistan.

The Ministry of Defense (MoD) said at least 18 militants were killed during the airstrikes in the vicinity of Baghlan-e-Markazi district.

A statement by MoD said at least 6 militates were also wounded and a hideout of the militants together with a weapons and explosives depot were destroyed.

MoD also added that 11 militants were killed in a separate airstrike in Shahwali Kot district of southern Kandahar province.

The Afghan forces have stepped crackdown on the anti-government armed militant groups to suppress their insurgency activities as they attempt to increase attacks as part of their spring offensive.

In the meantime, the Afghan forces have started the 2016 fighting season with the increased capabilities, specifically in the air force sector with the addition of new aircraft supplied by the United States as well as India.