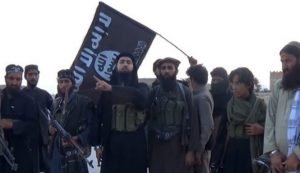 At least twenty eight militants of the Islamic State of Iraq and Syria Khurasan (ISIS-K) were killed during the ongoing Hamza counter-terrorism operations in eastern Nangarhar province of Afghanistan.

Local government officials in Nangarhar confirmed that the operations were conducted in Achin and Haska Mina districts in the past 24 hours.

The officials further added that the militants suffered the casualties during the airstrikes conducted in the two districts.

An airstrike initially targeted a key compound of the terror group located in Arghach area of Haska Mina district leaving at least 9 militants dead, the officials said, adding that the second strike left at least 19 militants dead after they were targeted in a similar airstrike in Mamand Dara area of Achin.

The majority of those killed in the two airstrikes are foreigners, the officials added.