25 killed in separate drone strikes in South of Afghanistan 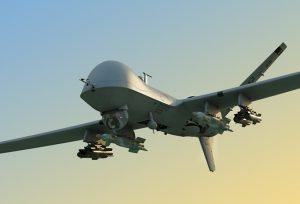 Provincial police spokesman for southern Kandahar province Zia Durani said the airstrikes were carried out by coalition forces two nights ago in Kandahar and Helmand provinces.

Durani further added that the suspected militants and drug smugglers were targeted in Maiwand district of Kandahaar and in the bordering regions of Helmand with Kandahar province.

He said the suspected militants and drug smugglers were travelling in three different vehicles when they were targeted by Unmanned Aerial Vehicle (UAV).

The anti-government armed militant groups have not commented regarding the airstrikes so far.

Helmand is among the volatile provinces in South of Afghanistan where anti-government armed militant groups are actively operating and frequently carry out insurgency activities.

Kandahar is the birth place of the Taliban insurgents however the Afghan security forces have managed to maintain security and stability in this province during the past several months.

The anti-government armed militants have been trying to expand their insurgency activities in this province lately amid deteriorating security situation in the south.