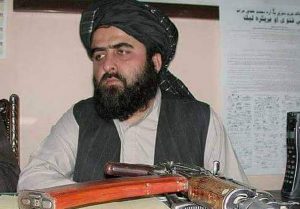 The Ministry of Defense (MoD) said the airstrike was carried out in the vicinity of Nawa district based on intelligence tip off.

A statement by the Ministry of Defense said the Taliban leaders had gathered for a meeting in Langa village in Nawa district when they came under the airstrike.

The Ministry of Defense also added that preliminary information received from the area indicates that Mullah Amir Khan, Mullah Khalifa, Mullah Shah Moammad, and Mullah Yousuf have sustained injuries in the airstrike.