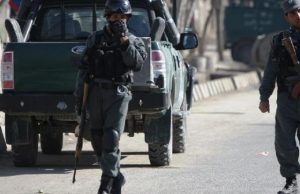 The Ministry of Interior and Kabul police confirm that that the successive suicide attacks in Kabul have left at least 25 dead and 45 others wounded.

The Ministry of Public Health officials had earlier said at least 21 people have been killed and 40 people wounded during the explosions have been shifted to the hospitals.

The officials further added that a number of journalists and reporters are also among those killed or wounded during the explosions.

In the meantime, another security source says at least 25 people were killed and nearly 45 others have sustained injuries in the explosions.

The incident took place in Shash Darak area of the city earlier today with the initial blast taking place close to a security compound after a suicide bomber riding a motorcycle detonated his explosives.

The second blast took place several minutes after the first blast with the Kabul police spokesman Hashmat Stanikzi confirming that the incident took place after a suicide bomber detonated explosives packed in a camera among the reporters and other people who had gathered in the area.

Eyewitnesses in the area said the second blast took place among the reporters and dozens of other people who had gathered in the area to help the victims of the first blast.

No individual or group has so far claimed responsibility behind the twin attacks.