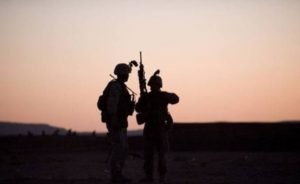 At least two services of the NATO-led Resolute Support (RS) mission lost their lives in an attack carried out by individuals in Afghan security forces uniform.

“Two Resolute Support service members died this morning when two individuals wearing Afghan National Defense and Security Forces (ANDSF) uniforms opened fire at an ANDSF compound in Southern Afghanistan,” according to a statement by the alliance.

The alliance did not disclose further information regarding the exact location of the incident and nationality of the deceased service members, saying “It is our policy to defer casualty identification procedures to the relevant national authorities.”

The statement added that the Afghan and Resolute Support officials are conducting an investigation into the incident and further information will be released as available and appropriate.

“We continue to train, advise and assist the ANDSF, and do not view this incident as representative of the positive relationship between our forces,” the statement said.