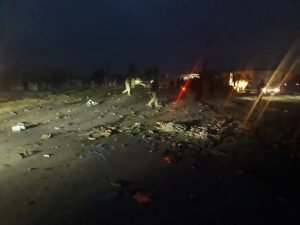 At least two people were killed and thirty one others were wounded in a suicide car bomb attack in southern Helmand province of Afghanistan.

According to the local officials, the incident took place late on Monday night in the vicinity of Lashkargah city, the provincial capital of Helmand.

The provincial government media office in a statement said the incident took place in the vicinity of third police district of the city after a suicide bomber detonated a car packed with explosives.

According to Helmand government, the blast took place in a crowded area and as a result heavy financial losses have also been incurred to the local residents.

The Taliban militants group claimed responsibility behind the attack with the group’s spokesman Zabiullah Mujahid claiming that scores of security personnel were killed or wounded in the attack.

Helmand is among the relatively volatile provinces in southern Afghanistan where the anti-government armed militant groups including the Taliban insurgents are actively operating in its various districts.