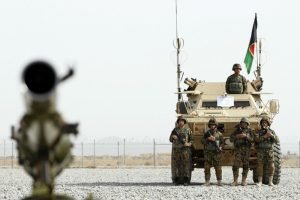 At least 19 Taliban insurgents including two leaders of the group were killed during joint military operations of the Afghan National Defense and Security Forces.

The Ministry of Defense (MoD) said Saturday that the militants were killed in the past 24 hours in various provinces.

A statement by MoD said at least 15 Taliban insurgents were also wounded during the operations.

The statement further added at least 6 militants were killed and two others were wounded in Tarinkot city of Uruzgan.

According to MoD, the two top leaders were killed in Nahr-e-Saraj district of Helmand but no further details were given regarding their identities.

The Ministry also added that two militants were killed in Tagab district of Kapisa province.