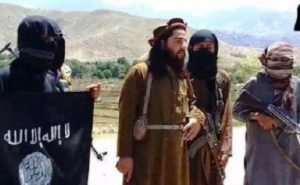 Two top commanders of the loyalists of Islamic State of Iraq and Syria (ISIS) terrorist group were arrested and at least ten others were killed during the counter-terrorism operations in East of Afghanistan.

The provincial police commandment said the ISIS top commanders were arrested during a night operation conducted in Haska Mina district.

According to a statement by the provincial police commandment, the US forces based in Afghanistan also conducted a drone strike that led to the killing of at least 10 ISIS militants in this province.

The statement further added that the ISIS commanders were leading a group of at least 30 ISIS loyalists in Gorgori area of Haska Mina and were arrested during a special night operation on Sunday night.