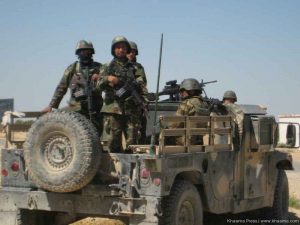 At least two Afghan national army soldiers and 90 anti-government armed militants were killed in latest wave of violence across the country.

Azimi did not disclose further information regarding the exact location of the incident however he said the two Afghan soldiers were martyred following improvised explosive device (IED) attacks.

According to Gen. Azimi, a number of militants were also injured and three others were arrested during the operations in the past 24 hours.

He said Afghan soldiers also confiscated weapons, ammunition and explosives along with six motorcycles during the operations.