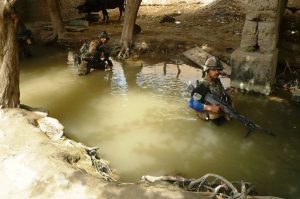 At least nineteen Taliban insurgents were killed or wounded during the operations in southern Helmand province of Afghanistan, local officials said Thursday.

The operations were conducted in the vicinity of Garamser and Sangin districts in the past 24 hours.

The officials further added that at least six militants were killed during the Afghan Special Forces operations in Jagrum and Karezak areas of Garamser district.

At least three militants were also wounded and four vehicles belonging to them were destroyed during the same operation, the officials added.

The Afghan forces also conducted operations in the outskirts of Sangin district, leaving at least three militants dead and four others wounded, the officials said, adding that the security personnel and civilians did not suffer any casualties during the operations.

Taliban insurgents have carried out numerous large attacks to capture the key districts of Helmand including the provincial capital of Lashkargah city during the recent months but the local officials are saying that majority of the attacks were repulsed by the security forces.