18 militants killed in an airstrike in North of Afghanistan 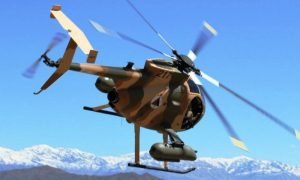 At least 18 militants were killed in an airstrike in northern Faryab province of Afghanistan, the Ministry of Defense (MoD) said Tuesday.

The airstrike was carried out in the vicinity of Garziwan district targeting the militants, MoD said, adding that 8 more militants were critically wounded in the raid.

The Ministry of Defense also added that two vehicles belonging to the militants were also destroyed in the airstrike.

Faryab is among the relatively volatile provinces in northern Afghanistan where anti-government armed militant groups are actively operating in a number of its districts and often carry out insurgency activities.

This comes as a key Taliban group commander was killed during a gun battle with the Afghan security forces in Qaisar district two weeks ago.

The senior Taliban commander was identified as Mullah Kamal and was involved in major terrorist activities in this province.